A road sign “Geological Site” followed by a recreation area exit, got my attention. It was anyway time for a break to recover a bit from driving.

Now I would have expected just a simple sign with some explanations, that here thousands and thousands of years ago some lava erupted, but nothing else. Well the sign was here as it appears, but also a very nicely done trail.

Hell’s Half Acre is a bit land next to the highway, where a very nice trail has been created. On a comfortable walk, one can see the remainings of lava being pressed through cracks and vegetation slowly adapting to that harsh environment. The type of lava, which slowly erupted there is the same as the on in Hawaii, a very hot and liquid form. First it cools down and hardens on the surface, building a shell.

Over the years, through erosion and wind blown soil, a base for plants has been created. It is still a very harsh environment though and only very robust species can be found. 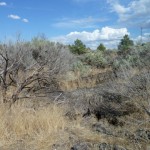 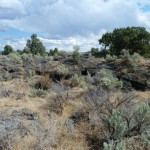 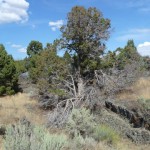 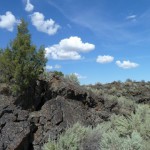 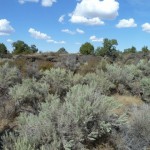 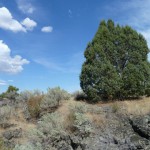 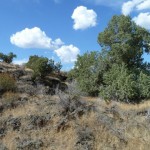 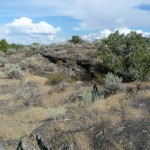 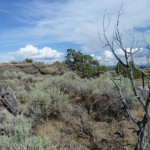 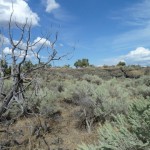 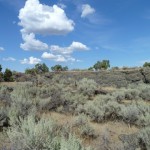