Hard to be believe, but you can actually touch a real dinosaur – or at least what has been left of it after 150 million years. The territory around Jensen is so rich of dinosaur bones, that on the small guided tour at the “Dinosaur Quarry”, visitors are actually encouraged to touch the stones and bones. Scientists have recovered enough material, and there is still plenty, that the potential damage tourists create is not worse than the natural erosion to which these pieces are also exposed.

The place at the quarry, which features the most bones, once was a river bed, which now, after approximately 150 million years, has been moved to an almost upright wall and has heavily eroded. The dinosaurs, which probably died upstream and their remainings brought to this places by the rivers current, have been conserved. Some bones are heavily fractured by the stone and gravel also carried by the river and cannot be identified. Others are in a remarkably well shape and at least their major function, such as upper forearm etc can even be recognized by amateurs and paleontologists can even classify the species.

Small “replicas” of the archaic reptiles are actually quite numerouse and can be seens taking a sunbath on their very remote anchestors.

PS.
On Oct 4th, 2011, the “Dinosaur Quarry” will open its new visitor center, which features an entire wall in its original form and the currently available guided tour will become again a self guided trip. 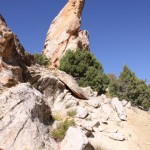 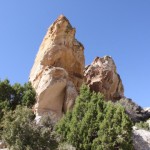 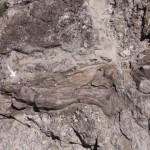 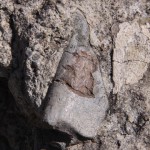 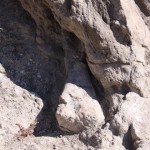 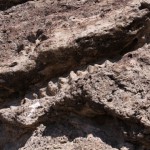 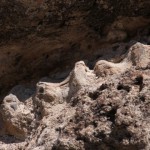 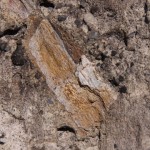 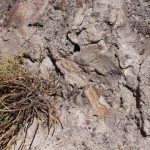 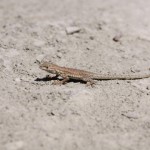 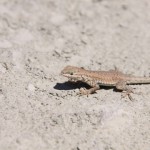