After arriving at the “Capitol Reef National Park” and browsing through the visitor center, I decided to stay for two nights, in order to have enough time to explore this place. But where?

As I had no phone connection or other internet access in the part, I drove towards Torrey and pulled out on the first gas station a bit outside the town, assuming this place should be fine for some kind of a connection. Indeed it was. Before I actually turned on the data roaming, I quickly double checked for a WiFi connection point, not really hoping there is one, but you never know. Well there was one – from Best Western – and it was even open. As I paid an excessive room rate a Moab UT staying at Best Western, I of course had no issues with using their lines – I kind of paid a lifetime rate already…

So after a quick fiddling on hotels.com, I found a place, the “Howard Johnson” and booked it. After the whole procedure, I tried to find that hotel on my GPS, but it was not registered. Well no problem, then lets search for the address. But the address I got from hotels.com, could not be found with that spelling, but as there is only one highway in that remote site, that was not a problem either. With a bit of a surprise, I finally noticed that the drive to that hotel was only 100 m. Yes, I just chose the gas station right in front of that one hotel, which still had a room.

After rolling the car a bit forward and entering the lobby, I joined the queue. To my surprise the couple in front of me got the answer, that there are no more rooms available. Looks like my electronic adventure took place just in time, and I could jump the queue…. 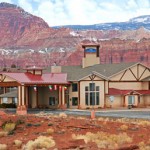 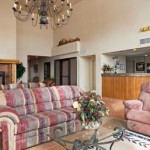 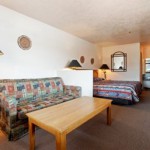