As the park ranger, who gave speech about the geology of the “Bryce Canyon National Park” correctly remembered, this place is not about a canyon.

The its more like a ridge, which erodes – more in the east than in the west. The water sources here at around 9000 feet / 2700 meters, is mostly rainfall. What makes this place so special compared to the neighboring mountains, which partially are built from the same sediments, but don’t show the same type of erosion, is that at this particular altitude, there are about 180 days, where water freezes and melts. This kind of speeds up the erosion process by a factor of about 10. In addition, the sediments creating this ridge where created by a constantly enlarging and shrinking lake. Therefore the sediments did not deposit completely equally, as a result of which todays erosion is not completely uniform.

And before I forget to mention it. The park ranger made it very clear, that this beautiful ridge will not last forever. And due to the very fast – geologically spoken – erosion ration, the destruction of this place will happen rather sooner than later. So lets hurry up and visit “Bryce Canyon National Park”. Only roughly 2.5 million years are left until this is all dust. 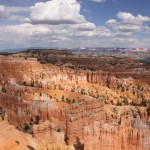 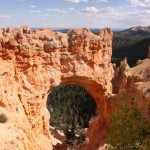 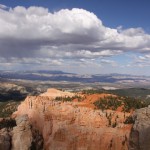 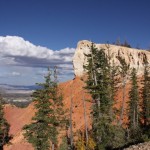 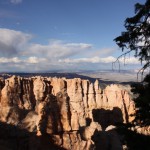 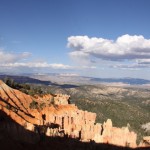 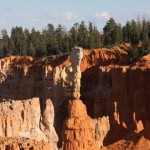 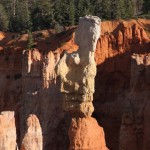 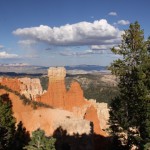 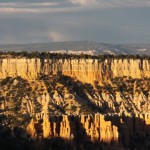