As the buildings in a city hardly speak for themselves, I decided to join a guided tour.

I was a bit shocked to see that 80 other people had the same idea. That would get a a difficult tour. But luckily, the tourist office expected that many visitors and the crowed was split in four convenient groups.

As the guide of our group was herself just returning from her holidays, she was quite motivated to explain us the various places. And instead of a one and a half hour tour, we were granted over two hours of insight into the city. This made the tour very relaxing as there was enough time to actually look at what one was told can be seen.

One interesting part was that the city, like all other cities by that time, originally was build by wooden buildings or buildings having a wooden skeleton. But one of the regents decided, that it would be a good idea to build houses entirely out of stone. So the inhabitants of Bamberg were offered free stones – a true rarity at that time – to build their houses. Not enough with that. There was actually quite a long list of tax liberation going on with houses. Basically, the higher you built your house, the longer you did not had to pay any taxes – such as 10 years or even a bit more. Even covering a wooden house with stones around, meant that you were not obligated to pay taxes for 6 years. This of course resulted in many (most) buildings on the city center to be stable and durable stone buildings. Except for the few houses, that were destroyed by bombs in the World War II, they are mostly in their original state. Those gaps torn by the bombs, where of course filled gain with modern buildings in the 1950s.

One of the very picturesque places in Bamberg is the “Altes Rathaus”. It has been built on an artificial island in the middle of the Regnitz. The bridges around it and haven been reconstructed after being forcefully destroyed in the Second World War. As other buildings also the “Altes Rathaus” originally was a building constructed by a wooden skeleton and later covered with stone. On the course of the destroying the bridges part of the cover was badly damaged as well, and finally removed. So one side of the building now shows its original state, where as the larger part looks as it has been edited later on.

But of course there are also many small stories such as the origin of the name of the restaurant “Schlenkerla”, which can be roughly translated as “torkeling”. The roots of that name came from the fact that the owner had a bad accident in which he broke both his legs and as medical services where not that great at that time, the legs were badly malformed afterwards. Hence, when the owner of the restaurant was serving his guests, he was more torkeling to them than walking. 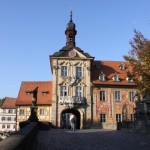 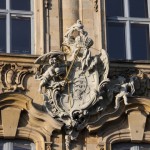 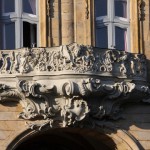 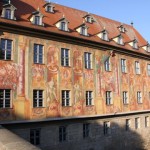 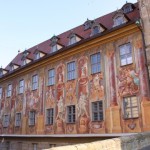 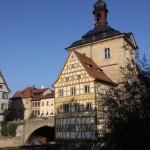 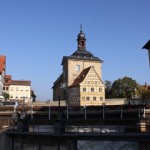 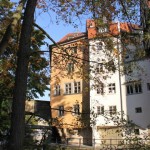 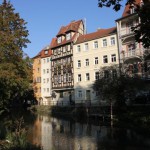 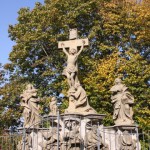 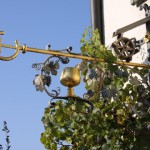 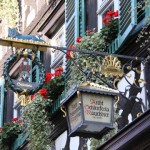 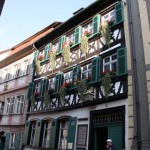 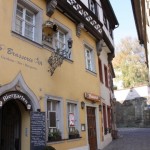 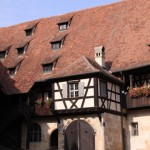 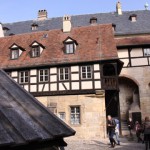 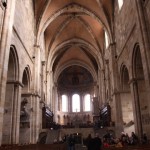 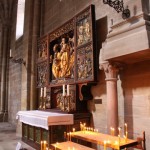 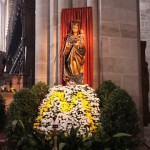