In “Canyonlands National Park” the main attraction are of the canyons. But the main actor in that arid desert actually was and still is water, which has been building all those structures. The entire landscape is more or less divided into three layers as erosion cut away meterial, but was stopped by some intermediate harder layer build from wind blown sand (in desert like environments).

If the ranger, who gave a presentation about the geology remembers his lectures correctly rivers, such as the colorado or green river, on the average, cut about 1 cm per year deeper into the sandstone. Those sediments, which color the green river in a greenish taint and the colorado river in a reddish taint, normally would be deposited in the sea. With the hover dam in place, those sediments become deposited in Lake Powell, where they actually for new stone (to the surprise of the geologist in a quite short timeframe of less then 50 years). 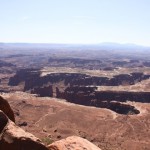 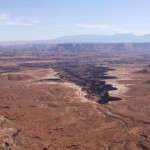 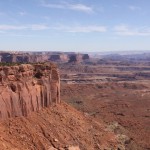 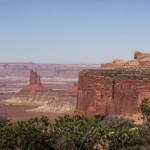 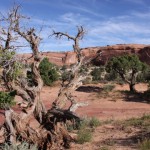 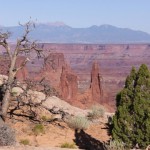 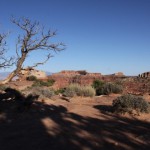