From the outside, the “Neue Residenz” looks just like a government building, which in fact it is today for the most part.

On the inside the approximately rooms, which are still left in their original state, such as the “Kaisersaal”, make you feel like you are in an old castle.

The “Kaisersaal” was actually never used for a “Kaiser”, it just had to be been build in case his majesty ever decided to come to Bamberg. It’s a quite a large room, with a very colorfully painted ceiling (still the original, unrestorated painting). As the “Bayrischer Rundfunk” was just preparing the room for a TV show “Kunst und Krempel”, our group was the last guests to see it for this week. I am not sure whether I should consider myself lucky, that I could see it or having some bad luck as there was already quite a bunch of TV equipment in the room. 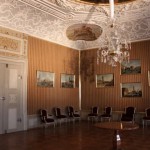 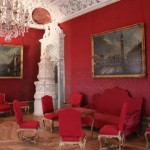 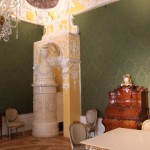 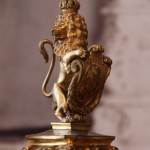