It looks like the German Museums perform a strict “no picture” policy, which has its good and bad sides. On the positive side, of course is that you don’t have other people disturbing you in looking at the exponates, but of course your on visual memory in forms of personal pictures gets a blank page.

The “Rüstkammer” for which I found at least some nice images on the official museum homepage and wikimedia and the “Grünes Gewölbe” are there no exception.

At the first place, many weapons, mainly swords and old rifles as well as body armor can be seen. Just next to the entrance also some tools used to created artwork and weapons is shown. What is a bit astonishing and remarkable is the look of these tools. They are not just fulfilling their functionality, but they where themselves created to look great. Functional useless, but nice decorations on the surface of these tools makes them an artwork themselves. As for the decoration, of course many of the weapons also where covered with art on any possible place and many of these weapons where in fact rather for representative purposes or for decoration. One sword had the first names for each day of the year engraved, with small pictures introducing each month in a very picturesque way. Other decorations where a bit simpler though. One one of the swords the decoration simply consisted of the full alphabet (without the letter – J). I kind of wondered where this sword was owned by someone, who was incapable to read and the the sword maker played a joke on him.

The “Grünes Gewölbe” was quite a different place in terms, what was presented. A lot of sculptures, most of them build by rare materials, such as ivory, silver or gold. But also some built out of trivial materials as cherries stones. The art on the cherries stones was not less astonishing though, given the reacher limited size of the material, its quite surprising that one could sculpt anything as face, figure or even a crowd of 185 people into a single cherries stone. Many of the other pieces where though easier to watch and no lenses where needed. Some of the most impressive pieces, a cabinet – golden of course – holding some teacups or a scene, much like a puppet theater, where a sultan receives gifts from its subordinates, where build by artists, together with a small team, over the period of several years. Actually for these two examples at least, even without a contract. They simply hoped that someone would be willing to buy these exclusive pieces for his or her collection once they where finished. 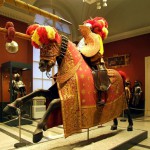 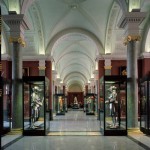 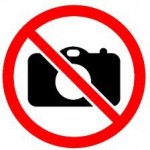