As I learned the two days before on a guided tour at Leipzig, every change in elevation over 10 meters is considered a mountain here.

So the “mountain” forming the outer wall of the Elbe around Loschwitz, which elevates 84 meters is a true giant in the local terms. Of course I could have easily walked up that elevation, but there is a nice handing railway, the first of its kind, bringing one up a bit more comfortably.

Arriving on top, one has an excellent view on what is called the “Elb Valley”, though again, the term valley is again to be seen a bit in relation to where we are. Apart from the obvious beatify of having the overview from there, what is truly remarkable though is that the riverbank of the Elbe is not yet covered by the city. The Elbe is still more or less flowing in its original riverbed and is not controlled, as it would have been done in other places. Of course the Elbe is not always as harmless as today. As the 2005 floodings have shown, the extra space, even though its large, is sometimes not enough to keep the Elbe in its riverbed. 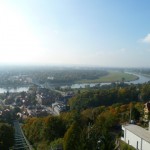 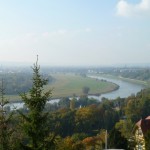 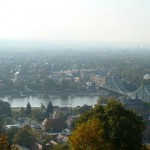 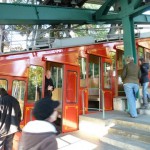 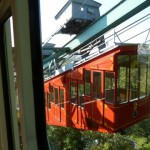 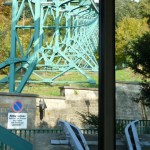 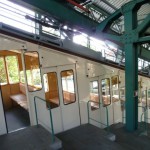 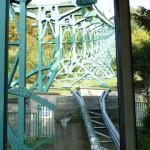 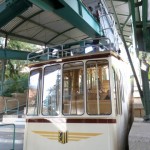