Shortly after entering the Yellowstone National park, a massive traffic jam built up. 1st gear driving for quite some distance normally would one drive crazy. Here this looks like a good sign! Something must be very interesting and soon I will know what? A bear, a bison or an Elk?

It happened to be a whole family of Elk´s, the North American Equivalent to european deers. All of them nicely assembled at the banks of the Madison river. The family boss is the owner of an impressive decoration – probably a nice trophy for any hunter.

The first bison could then actually be seen just a mile or two further up the Madison river. This time, there was no big crouwd as the animal did hide itself behind some trees and bushes. So the squirrel and my where the only whitnesses of that impressive animal taking its breakfest.

Continuing a bit further down the road, just after a sharp corner, the street was suddenly blocked by two male bisons taking a walk on the route. They nicely integrated with the traffic as if this would be their daily routine – well maybe it is…

… on the way back home, already in the dark, two other bisons demonstrated that road awareness too. The walked on the left shoulder of the street as if they where attending some trafic school earlier. 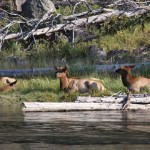 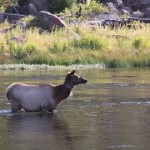 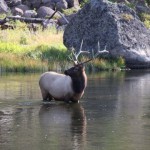 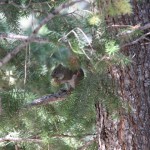 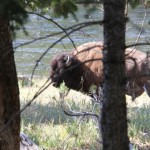 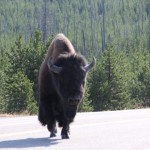 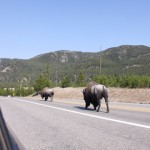 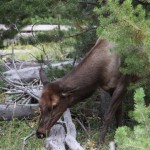 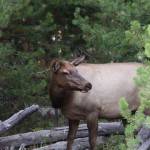