Crowded, that is what the streets become, when one of the large animals, such as an elk, a bison or a pronghorn feeds along the street.

It takes one or two drivers to notice one of those animals and stop along the street and looking into the wilderness. Any following car would at least slow down or pull along the side. With some people leaving their car for a closer inspection and others trying to catch a glimpse while driving by, the traffic comes to a halt quickly.

But as you can probably imagine, how the cares queue on the street, I rather show, what causes it. 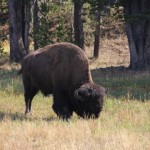 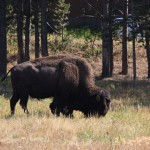 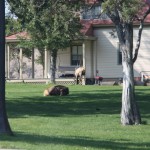 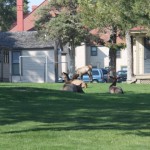 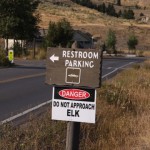 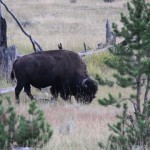 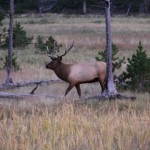 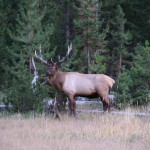 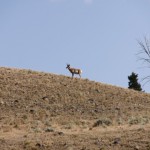