On the way from “Zion National Park” to the west – after all, I have to move another 800 miles or so to get to the airport, on the highway to Las Vegas, I noticed a tourist sign, that advertised dinosaur tracks.

After I have already spent quite some time enjoying fossilized dinosaur bones, that sounded like an interesting place.

While preparing the land to build something on it, these dinosaur tracks where discovered. All in all, there are several layers of tracks from different time periods. Instead of building some industry complex at the site, a museum was erected after paleontologists did excavate those tracks.

The tracks don’t come out of the soil as nicely as they are presented though. There is quite some preparation work involved to remove the mud from the tracks or footprints, which where crated as more mud filled the tracks. On some footprints, the separation of the toe and the foot is clearly visible. One of the exponates also shows some inprinted skin texture, which is quite rare. 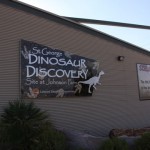 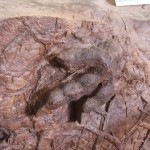 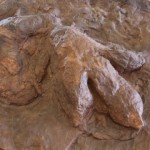 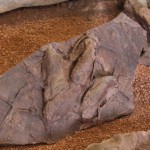 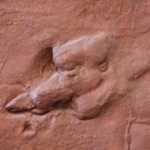 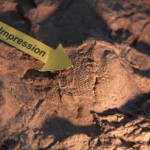 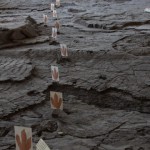