A bit of on the far end of the fish marked at St. Pauli, the U-434 has found its last harbor.

The russian military submarine has been securely fixed at the harbor and is now serving as a museum. You can enter the ship on your own or take part in a guided tour. I can only recommend the guided tour, as you get of course good explanations of what you see and you also get more to see, as the guided tour is the only way to get to the command bridge as well.

Just after you enter the submarine, you immediately are overwhelmed with the many handles, wires, cables, levers, etc, etc. You feel like you are in the middle of a big machine – and this is kind of what you are. While the first room looks quite big, it probably did not provide that much of space as it does today. This was the torpedo room and it probably was quite loaded. Of course the military critical pieces have been removed before the submarine became a museum. But there are still some training torpedoes shown, so you get a measure for their size.

Using a small, but manageable whole, you enter the next section. This is probably the most comfortable place to be, the rooms for the officers. Here the walls are covered with some wood coverage in order not to see the naked technique. But also here there is a handle, a pipe or whatever everywhere. Even when you are sitting on the toilette, which is of course very tiny, you have some handles above your head.

Basically, there is just enough room to move around and sit into a corner. But imaging, that those submarines were operated by 84 people and where on trips as long as 80 days, one is happy to know he can leave anytime he wants on this visit. It’s really not a what you want to do for a cruise. For one thing, there are of course no windows on the submarine and even the periscope was rarely used and if only by a few people. Everyone else here does not see daylight. But there is also no privacy on board. The soldiers did not have their own cabins. They just had their mattresses on the side of their working area. And those mattresses even had to be shared. 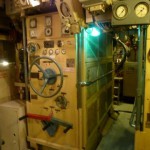 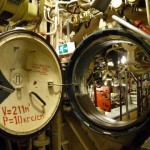 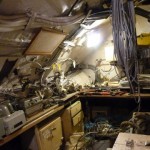 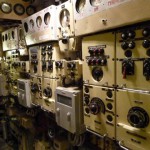 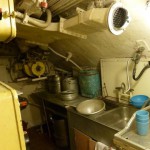 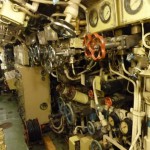 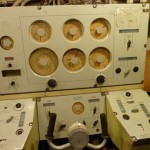 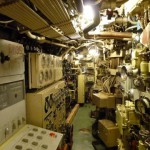 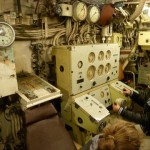 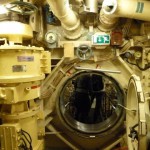 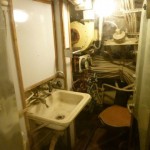 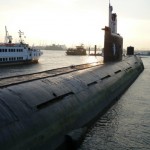 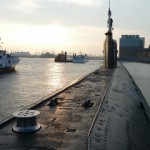 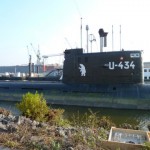 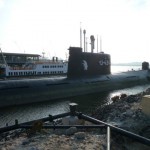 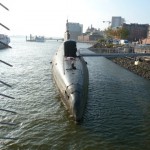 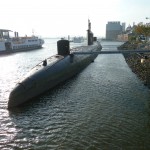